Thursday may be Thanksgiving but we've already been to our first feast!  My mom's side of the family always gets together the Saturday before Thanksgiving.  There are a LOT of us which makes for a good time!  In addition to eating we visit, play games (Catch Phrase anyone?) and run around outside.  It's always a blast. :)

And it's always a pitch-in.  This year I brought a Sweet Potato dish and a veggie tray with hummus. 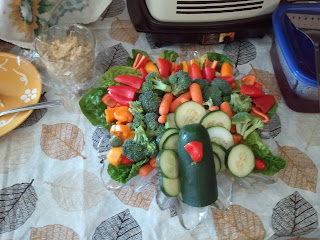 When the Hubs first say my Veggie Tray he said, "Why is there a big cucum....Oh, it's a Turkey! That's great!"  It included some lettuce as a base, sweet peppers, broccoli, carrots and cucumber.  I attached a bit of sweet pepper to the cucumber as a beak with a cut off toothpick. :D

The Basil-Lime Hummus I made was 1 can of chickpeas drained & rinsed, 2 lime cubes (frozen lime juice from an ice cube tray), olive oil, ground flax seed and dried basil all mixed together until smooth.

For the Sweet Potato dish I used my recipe from last year but instead of 5T Maple Syrup I used about 3 T Whipped Cinnamon Honey, and instead of flour I used oatmeal and just chopped it up with the nuts.

I may not eat meat, but my plate was FULL!! Twice. 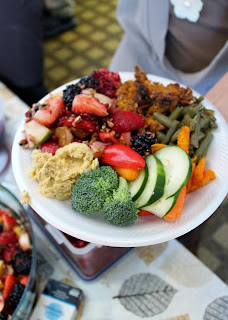 And for those who want to see Kai's new do... 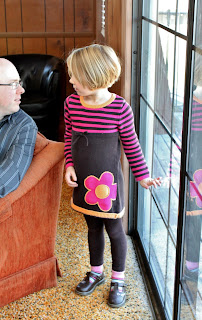 On Sunday we broke one of our rules... 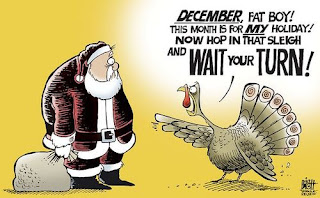 We started decorating BEFORE Thanksgiving!!  Oh My!!!

But no one's coming to our house this year and this way we can enjoy the day after without as much stress.  There's still quite a bit to do and we're not turning the lights on until the day after but yes, we're decorating early.  Don't judge. :) 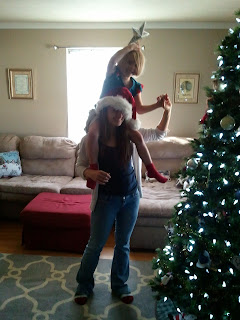